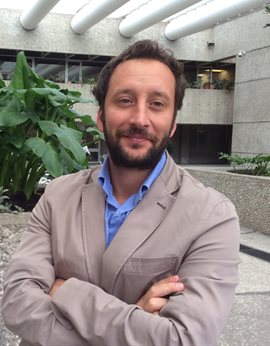 This course aims to analyze the evolution of Latin American and Mexican political history during the Cold War era. Throughout 8 sessions, arranged according to a chronological order, the course will show the way in which the beginning and unfolding of the Cold War affected the historical evolution of the region, with special emphasis on the Mexican case, between 1947 and 1989. During the sessions, students will learn how, unlike other Latin American countries, Mexico successfully adapted to the new international system forged by the global competition between Moscow and Washington. In addition, students will be introduced to the different impact the Cuban Revolution had in the Hemisphere and in Mexico, changing the course of the Cold War in the region. However, students will also learn how Mexico’s foreign policy during this period went beyond its relations with Havana, allowing the country to become an important leader of the Third World movement during the 1970s. The course will also explore, according to a comparative perspective, the process of political and social polarization which affected the country during the late 1960s and which generated significant levels of political violence during the 1970s. Finally, students will learn how the end of the Cold War coalesced with Mexico’s leap towards a new, imagined modernity during the years of the Neoliberal experiment and the democratic transition.

Students will be evaluated according to their participation in classes (50%) and to the presentations (50%) they will deliver during the sessions. Arrangements for the presentations will be taken according to the number of students enrolled. A reading list will be provided in the following months, closer to the beginning of the course. The sessions will mix lecturing and class debate based on the assigned, compulsory readings.